Is my non-compete enforceable in Washington State? 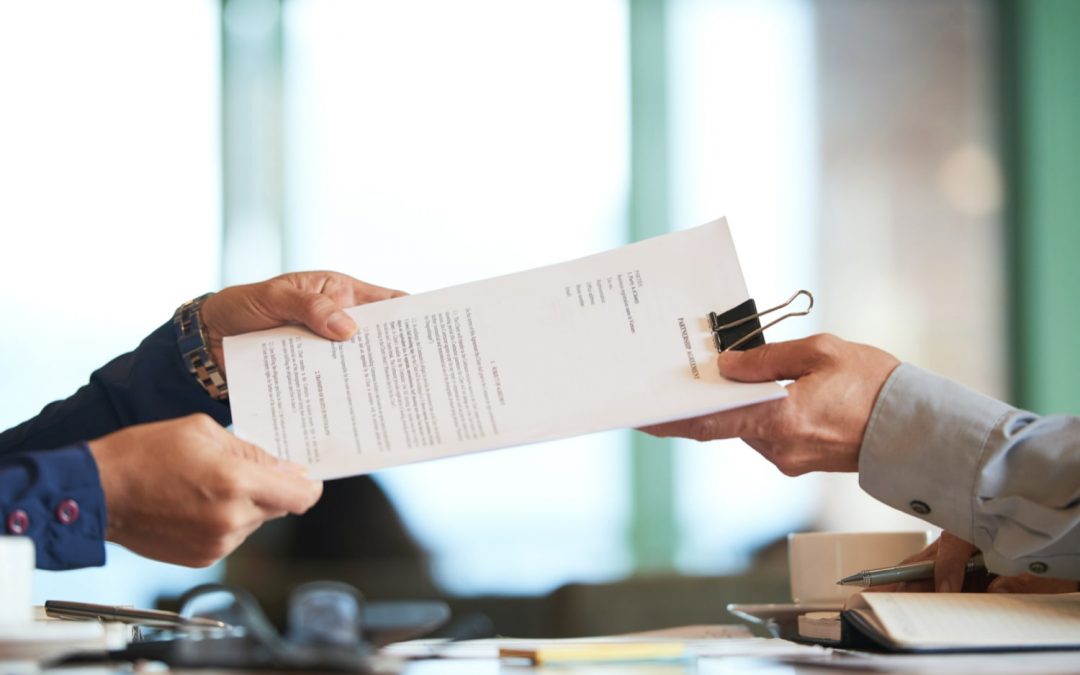 In 2019, the Washington legislature passed a bill that substantially limits on covenants not to compete (“non-competes”). Although it is not clear how the courts will treat the law and interpret its meaning, it significantly changed how parties will litigate and write agreements moving forward. Discussed below are some general non-compete principles as well as key concepts and changes in the law under RCW 49.62 which went into effect in 2020.

What is a non-compete?

Generally, in Washington, prior to the new law, a covenant not to compete (“non-compete”) was a contractual promise that an employee would not engage in specific kinds of work or business practices upon termination of his or her employment with a particular employer. Washington courts would enforce a covenant not to compete when the covenant was “validly formed” and “reasonable.” Labriola v. Pollard Group, Inc., 152 Wn.2d 828, 833, 100 P.3d 791 (2004).

Further, prior to the new non-compete law, if employers wrote an overly broad non-compete, the court was free to use the “blue pencil test”, meaning the court could just re-write the provision to something that was “reasonable”, and there would be no penalty to the employer for having a very broad geographic scope or temporal length. Therefore, employers were encouraged to write very broad non-compete provisions without any fear of penalty by the courts. As discussed in more detail below this is no longer the case.

Is my non-compete enforceable?

Generally, the three part test for reasonableness of a covenant not to compete asked (1) whether the restraint is necessary to protect the employer’s business or goodwill, (2) whether it imposes on the employee any greater restraint than is reasonably necessary to secure the employer’s business or goodwill, and (3) whether enforcing the covenant would injure the public through loss of the employee’s service and skill to the extent that the court should not enforce the covenant, i.e., whether it violates public policy. Perry v. Moran, 109 Wash.2d 691, 698, 748 P.2d 224 (1987), judgment modified on recons. on other grounds, 111 Wash.2d 885, 766 P.2d 1096 (1989).

Two general parts of a non-compete that determine whether the restrictions in it are excessive under the second factor of the test were the geographic scope of the restraint and the time period for which an employee is restrained. See, e.g.: Emerick v. Cardiac Study Center, Inc., P.S. (“Emerick II”), 189 Wn. App. 711, fn. 6, 357 P,3d 696 (Div. I, 2015) (the court may evaluate the reasonableness of geographic and temporal proximity restrictions in combination) and Id. at 727 (The temporal term must be considered in the context of the entire covenant.); Alexander & Alexander, 19 Wn. App. at 688 (court blue-penciled 100-mile restriction to apply only to customers of employer’s Seattle office); Schneller v. Hayes, 176 Wash. 115, 121, 28 P.2d 273 (1934) (non-compete unlimited as to temporal scope unreasonable). As with all cases in equity, “reasonableness” is determined on a case-by-case basis.

Alexander & Alexander v. Wohlman paints a perfect picture of reasonableness. The restrictive covenants in Wohlman prohibited an insurance broker from engaging in that industry within 100 miles of the company office, and from soliciting or serving any of the company’s former customers anywhere. The appellate court found “the covenant was unreasonable in its geographic scope” and limited the application of the covenant only to the “solicitation and diversion” of any former customer in the Seattle area (not the entire 100-mile scope). Id. at 686-89 (emphases added). The court considered the hardship to the employee and refrained from prohibiting him from practicing his profession in the region and materially limited the customers he could pursue within the 100-mile radius of one office in the Seattle area.

In Emerick, the trial court reformed the geographic scope for a medical doctor which covered an entire county. See Emerick v. Cardiac Study Center, Inc., PS, 286 P.3d 689, 690, 170 Wash. App. 248 (Ct. App. 2012) (the original non-compete included all of Pierce County and Federal Way); see also Emerick v. Cardiac Study Center, Inc., PS, 357 P.3d 696, 700 189 Wash. App. 711 (Ct. App. 2015) (“Emerick II”). The trial court reduced the geographic scope of that non-compete to just a two-mile radius, as it was overly burdensome for the doctor. Id. The Division Two Court of Appeals found the reformed, two-mile geographic scope to be reasonable, and affirmed the trial court. Id. at 704. The court also reduced the temporal length to just four years and credited Dr. Emerick for the time he had already not competed within the reformed radius. Id. Even though the geographic scope was substantially limited, the court still found that Emerick lost, and that Cardiac Study Center Inc. had been the substantially prevailing party. This is discussed more below.

Midstream Agreements without additional consideration are not “validly formed”.

In Labriola, the employee signed a non-compete five years after he began working for the employer; he had signed a different non-compete when he started his job. The later agreement barred the employee from working for a competitor within 75 miles of the employer for a period of three years after the termination of his employment. After signing the agreement, Mr. Labriola remained an at-will employee and received no additional benefits. Id. at 831. The Washington Supreme Court entered summary judgment for Mr. Labriola, finding that the non-compete agreement was not validly formed because it was not supported by additional consideration. Id. at 842.

Thus, if a non-compete was signed “midstream” by the employee but the employee was not given independent consideration such as a raise, a bonus or increased benefits, the covenant is likely not validly formed and unenforceable.

RCW 49.62, which took effect January 1, 2020 imposes a number of significant restrictions on the contents of the non-compete, and what courts can enforce against a former employee. Below are some of the major changes and restrictions.

A “Noncompetition covenant” includes every written or oral covenant, agreement, or contract by which an employee or independent contractor is prohibited or restrained from engaging in a lawful profession, trade, or business of any kind.

Therefore, it is important to note the difference between a noncompetition and other restrictive covenants such as a nonsolicitation, a confidentiality agreement, etc.

Prior to the new law, many employers tried to hold low-wage employees to non-competes. In order to create a more level playing field, the legislature instituted a wage requirement for employees and independent contractors to be held to a non-compete.

Under the new statute, RCW 49.62 et. seq., if an employer compensates an employee less than $100,000 annually, (or $250,000 for independent contractors) a non-compete is void and unenforceable as a matter of law. These limits are also adjusted yearly to account for inflation.

This figure is calculated based on the employee or independent contractor’s previous calendar year Form W-2 (Box 1) or Form 1099. The “previous year” is determined as of “the date of separation” or “the date enforcement of the noncompetition covenant is sought, whichever is earlier.

Therefore, if the employee or independent contractor made less than these thresholds in the prior year, the non-compete provision is void and unenforceable.

As discussed above, prior to the new statute, duration was analyzed on a case-by-case basis to determine whether it was reasonable. Now, under RCW 49.62, there is a rebuttable presumption that non-competes longer than eighteen (18) months are presumed unreasonable, unless the employer can prove that a longer duration is necessary by clear and convincing evidence.

To discourage employers from drafting overly broad covenants, (such as discussed above in Emerick or Alexander) the Legislature added teeth to remedial measures in RCW 49.62.080. RCW 49.62.080(1) allows a party to a covenant, or the Washington State Attorney General, to bring a cause of action under the statute.

In other words, when a court applies the rule of reasonableness to revise a covenant with the “blue pencil test” (or supplies a missing term), the employer still has to pay a penalty to the employee and pay her attorney fees and costs.  These provisions were enacted in an effort to persuade employers to stop drafting deliberately overbroad covenants, knowing that courts would simply re-write and then enforce them under the holding in Wood v. May, 73 Wn.2d 307, 310, 438 P.2d 587(1968). Further, RCW 49.62.080(3) reverses the critically harmful holding of Emerick as discussed above in which the court significantly re-wrote the covenant to make it reasonable, but still held that the employer was the substantially prevailing party under a contractual prevailing party provision.

Given this change in the law, employers will likely be discouraged from filing cases to enforce non-competes if they are overly broad or missing key terms as interpreted by Washington law. Employers will be significantly less likely to try to enforce these overbroad covenants due to this new provision as they may now be penalized for trying to enforce such overbroad agreements.

For “Washington-based” employees, choice of law and forum must be Washington.

For “Washington-based workers”, an employer is prohibited from using as choice of law clause that “deprives the employee or independent contractor of the protections or benefit” of the statute or being required to adjudicate the agreement outside of the state.

This is helpful for the employee to be able to consult a local attorney as to the provision, as well as not subject themselves to a foreign jurisdiction or to foreign law that does not apply.

RCW 49.62 clarifies the limitations of existing law and institutes new requirements for non-competes in Washington law.

Colin F. McHugh is an employment attorney in Vancouver, Washington and has reviewed, drafted, litigated, negotiated, and revised many employment contracts involving non-competes and other restrictive covenants.

To make an appointment, with him, use the contact options below: