LGBTQ Discrimination In The Workplace 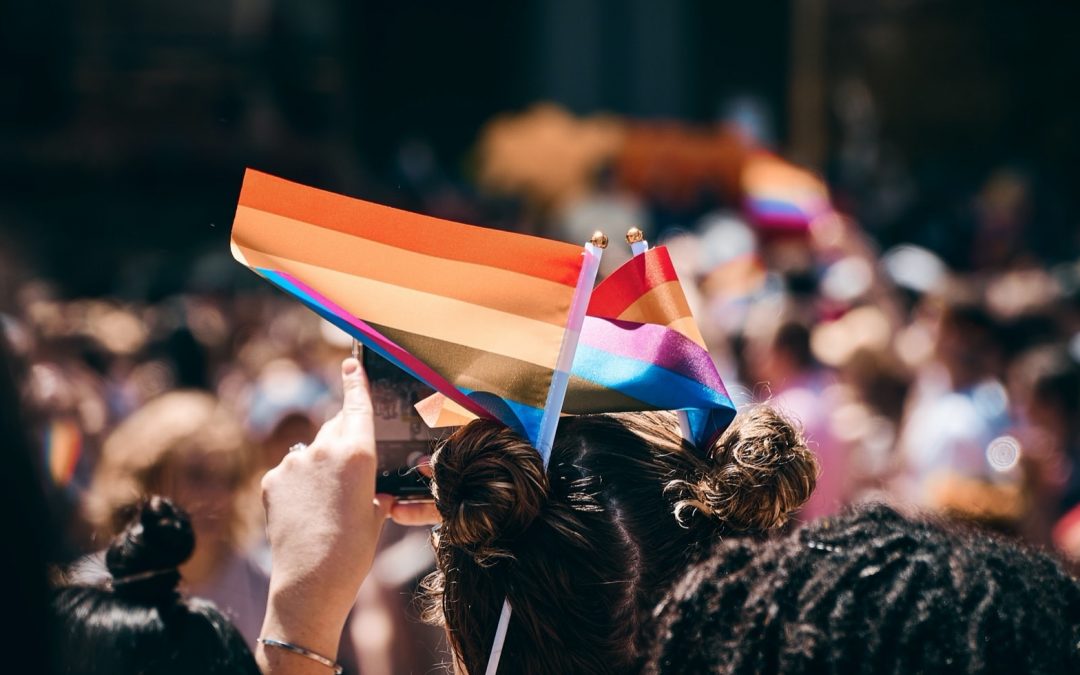 An estimated 11.3 million U.S. adults identify as LGBTQ according to the Williams Institute at the UCLA law school*. In 2015, the United States Supreme Court, in a divided 5-4 opinion in Obergefell v. Hodges, legalized same-sex marriage across the United States. Many thought that the fight for LGBTQ+ rights was finally over and won.

How has the court addressed the issue?

To an extent, the Supreme Court addressed sex discrimination based on sexual orientation in a landmark case involving same-sex sexual harassment.* In Oncale, the Plaintiff, a male, was working for respondent Sundowner Offshore Services, Inc., on a Chevron U. S. A., Inc., oil platform in the Gulf of Mexico. He was employed as a roundabout on an eight-man crew. On several occasions, Oncale was forcibly subjected to sex-related, humiliating actions against him by others in the presence of the rest of the crew. Two members of the crew also sexually assaulted Oncale, and one of the men threatened him with rape.

Oncale’s complaints to supervisory personnel produced no remedial action. In fact, the company’s Safety Compliance Clerk told Oncale that the other crewmembers “picked [on] him all the time too,” and called him a name suggesting homosexuality.  Oncale eventually quit—asking that his pink slip reflect that he “voluntarily left due to sexual harassment and verbal abuse.”  When asked at his deposition why he left Sundowner, Oncale stated: “I felt that if I didn’t leave my job, that I would be raped or forced to have sex.”

The Court held in a unanimous decision delivered by the late Justice Antonin Scalia, that it saw “no justification in the statutory language or our precedents for a categorical rule excluding same-sex harassment claims from the coverage of Title VII.” As such the Court held, that sex discrimination consisting of same-sex sexual harassment is actionable under Title VII.

Where are we headed?

It is uncertain how the Court will rule in determining whether it will extend Title VII protection to include gender identity or sexual orientation. Rulings may change under this year’s much differently oriented Supreme Court. Although conservative Justices like Scalia and Thomas both agreed that same-sex sexual harassment was actionable in Oncale in 1998, Justice Thomas has not been a strong advocate for LBGTQ+ rights, as a strong dissenter in LBGTQ+ rights cases, such as Obergefell v. Hodges , (stating that same-sex couples under the most plausible definition of “liberty,” “ have not been “imprisoned or physically restrained by the States for participating in same-sex relationships”).

Further, with President Trump’s recent conservative appointees Justice Brett Kavanaugh, and Neil Gorsuch, it is difficult to guess where the arguments will land.

Justice Gorsuch, Justice Scalia’s replacement, could be the deciding vote in these cases. Gorsuch participated in past decisions on the U.S. Court of Appeals for the 10th Circuit which constrained rights related to sexual orientation and gender identity. As noted by the Williams Institute*:

Justice Gorsuch may go either way in this case. During oral argument, Justice Gorsuch was reported to say that these cases were “really close” but mentioned that he had concerns of “massive social upheaval” and expressed that putting new meaning to an old law was concerning, and that was more appropriate as a legislative rather than a judicial function, which appeared to be the view of conservative Chief Justice John Roberts, and conservative Justice Samuel Alito.* On the other hand, Justice Gorsuch also said several times that he could accept the argument that firing a gay or transgender employee involved sex discrimination. When a lawyer defended an employer who allegedly fired a gay employee, Gorsuch said he did not see how sex played no role.

For Justice Brett Kavanaugh, it is the first significant gay rights case before the high court since he replaced the retired Justice Anthony M. Kennedy. Kavanaugh, viewed by many as more conservative than Kennedy, said little during the arguments, so his views remain unclear. Further, none of Justice Kavanaugh’s roughly 300 opinions as an appellate judge deals directly with LGBTQ+ issues.

At Kavanaugh’s confirmation hearing, Senator Cory Booker asked him whether it would be wrong to fire someone because they’re gay. Kavanaugh volunteered only, “In my workplace, I hire people because of their talents and abilities. All Americans.”* In response to questions from Senator Kamala Harris as to whether he believed Obergefell was correctly decided, Kavanaugh refused to answer, but declared that the Court had decided that  “the days of discriminating against gay and lesbian Americans, or treating gay and lesbian Americans as inferior in dignity and worth, are over … . That’s a very important statement.” Id.

Gorsuch and Kavanaugh could also feel that they need to preserve the legacy of Justice Kennedy. Though a moderate conservative, Kennedy wrote all of the court’s opinions upholding the rights of gays and lesbians, including the above-referenced 2015 decision upholding the right to marry for same-sex couples. It has been suggested that Trump nominated Justice Gorsuch, (who clerked for Kennedy), to demonstrate to Kennedy that his legacy could be preserved.* Brett Kavanaugh, Kennedy’s replacement, also clerked for Kennedy and could feel a similar obligation. However, given the conservative theory and alleged textual adherence in law, is doubtful that either Gorsuch or Kavanaugh would create “new constitutional rights that are not in the text of the Constitution.”*

In short, the future of LGBTQ+ folks, and their right to be free from adverse treatment in the workplace remains uncertain, as the high court considers these three monumental cases.

The federal 9th Circuit Court of Appeals, the applicable appeals court for federal cases in Washington, has taken a broader view that discrimination based on sexual orientation is illegal under Title VII and has for almost two decades. For example, the 9th Circuit has held that gender stereotyping of a male employee, about his sexuality and masculinity, constitutes actionable harassment and therefore sex discrimination under Title VII. Nichols v. Azteca Restaurant Enterprises, Inc., 256 F.3d 864, 874-75 (9th Cir.2001). When a worker’s expression of sexual identity does not align with sex-role stereotypes held by other workers, harassment on that basis is illegal, regardless of perceived sexual orientation. Id. Verbal abuse of this nature is “closely related to gender,” occurred because of sex, and therefore constitutes actionable harassment under Title VII. Id.; see also Rene v. MGM Grand Hotel, Inc., 305 F.3d 1061.1069 (9th Cir. 2002).

Washington State has a much broader affirmative protections based on gender and sexual orientation. The Washington Law Against Discrimination RCW 49.60, et seq., was amended in 2006, and unlike Title VII, its federal counterpart, the statute specifically enumerates “sexual orientation” as a protected class, and affirmatively protects against discrimination based on sexual orientation, providing Washington citizens further protections from discrimination. For example, in Loeffelholz v. University of Washington, 175 Wn.2d 264, 285 P.3d 854 (2012), the Washington Supreme Court recognized a claim of unlawful harassment arising from anti-gay comments. The supervisor asked the lesbian employee not to “flaunt” her sexual orientation around him. He told others he disliked her because she was gay and overweight and that he had tried to fire her. He made threatening comments toward her.

However, some courts have limited the application of the WLAD. For example, in Davis v. Fred’s Appliance, Inc., 171 Wn. App. 348 (Div. III, 2012), the court found that three references to an employee by the name of the television character “Big Gay Al” within one week were insufficient to alter the terms and conditions of employment. Further, the court found that Davis was heterosexual, not a member of the protected class, and therefore could not make out a prima facie case. Davis appears to be at odds with the text of the WLAD and similar cases under the WLAD and within the 9th Circuit but provides limits to the application of sexual orientation as the basis for a claim under the WLAD in Washington.

In consideration of the broad right to be free from sexual orientation-based harassment recognized under the WLAD, Washington state law, rather than federal law under Title VII, appears to be a better avenue to pursue in anti-LGBTQ+ cases. But changes in the understanding of sex discrimination under Title VII under the current Supreme Court will further define the extent to these protections. If not, it may be up to Congress to change the law and create better protections within the workplace.

If you or someone you know is the victim of unwanted and egregious discrimination based on sexual harassment or gender identity in the workplace, contact a lawyer that can help you to formalize a plan to combat this illegal discrimination.

Colin McHugh is an experienced plaintiff-side employment attorney and has represented individuals in Washington state, federal, and administrative courts in matters including but not limited to sexual orientation discrimination, sexual harassment, and other WLAD and Title VII matters. For more information, go to his bio here.

Jaime M. Grant et al., Injustice at Every Turn: A Report of the National Transgender Discrimination Survey (2011), available at http://endtransdiscrimination.org/report.html.