Can I secretly record conversations with my sexual harasser in Washington State? 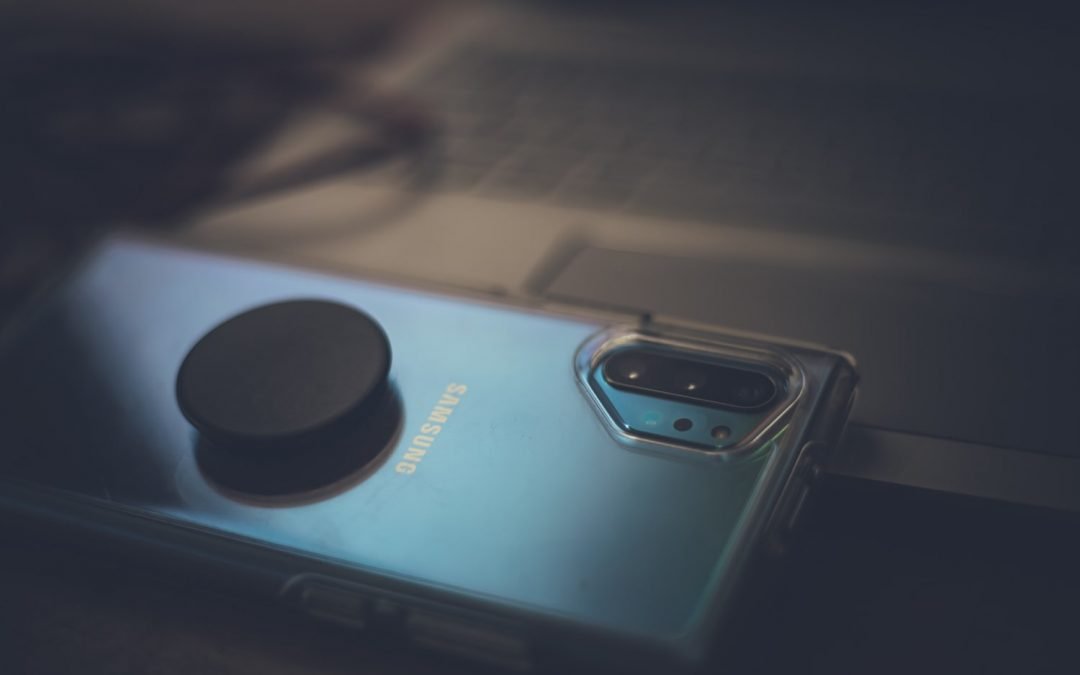 Recording conversations can be an important tool to combat sexual harassment in the workplace.

Gretchen Carlson’s lawsuit against Fox News is an example of the power of recording conversations to fight sexual harassment. Carlson was a famous reporter and her sexual harassment suit against Fox is well known. But how was Carlson’s case so successful? One reason why she was able to leverage a multi-million-dollar settlement was that she preserved evidence, specifically by secretly recording conversations with her harasser. At one point, Carlson began to sneak her iPhone into meetings and record egregious and sexually suggestive language by Fox’s then CEO, Roger Ailes.

But what if you record a sexual harasser’s statements in Washington? Is that legal?

1. Is recording conversations with my harasser legal in Washington?

The short answer is, generally no, you cannot secretly record a private conversation unless the other party consents to the recording.

Washington has what is called a “two-party consent” law, which means that everyone must be aware and consent to the recording of a private conversation in order for it to be legal. Washington’s “Privacy Law” specifically makes it a crime to intercept or record a private telephone call, in-person conversation, or electronic communication unless the parties to the communication consent. See RCW 9.73.030.

However, the law has some exceptions, so not all recordings of conversations are illegal.

2. What if I announce that I am recording?

If you announce that you are recording, and the other party consents to the recording, it is not a crime, and the recording is likely to be admissible in a later legal proceeding, such as a sexual harassment lawsuit.

The Privacy Law specifically defines consent as the following:

In Tayler, the victim recorded her interactions with Tayler for seven hours in two separate recordings. Although she initially recorded Tayler without his consent, after approximately an hour and fifteen minutes, R.R. told Tayler that she was recording him, to which he responded “Good, record away, I don’t give a f–k.” The court concluded that the recording was lawful and its contents admissible, in part because “Tayler consented to the recording at a certain point”.

Consent can also be implied. In Townsend, police became aware of a man trying to make arrangements over the Internet for sexual liaisons with adolescent girls. Police recorded and tracked Defendant’s e-mail and ICQ[6] messages to a fictitious adolescent girl that police set up for the sting operation. Id. at 670. This court held that although Defendant did not explicitly announce that he consented to the recording of his e-mail and ICQ messages to his fictitious target, his consent to such recordings could be implied.

The court noted that “the saving of messages is inherent in e-mail and ICQ messaging” and that through his use of such systems, and thus concomitant familiarity, Defendant had impliedly consented to the recording of such messages and concluded that the recording by investigators was implied. Thus, the recordings by the government were legal and admissible.

3. Is consent required to record if I am threatened by my sexual harasser?

No. One exception to the strict two-party consent law in Washington is if the recording is of someone conveying a threat of bodily harm, or other unlawful threats or demands. Washington’s Privacy Law provides that conversations “which convey threats of extortion, blackmail, bodily harm, or other unlawful requests or demands … may be recorded with the consent of one party to the conversation.” RCW 9.73.030(2). Therefore, if the party “conveys” a threat, this exception allows recording of a threatening communication with only one party’s consent. See RCW 9.73.030(2)(b). This exception is “construed broadly.” See IN THE MATTER OF THE PARENTAGE OF KR, No. 53183-6-II (Wash. Ct. App. Nov. 9, 2021).

For example, in State v. Smith, Mr. Smith was charged in relation to domestic violence that he had committed against his wife. See State v. Smith, 405 P.3d 997, 189 Wash. 2d 655 (2017). During the incident, Mrs. Smith, (without Mr. Smith’s knowledge or consent), used the home’s landline cordless phone to dial Mr. Smith’s cell phone. The cell phone’s voice mail system secretly recorded the incident. Aside from the recordings found on his cell phone that captured part of the incident, the recording included Mr. Smith’s threats to kill his wife. The court in this case found that Mr. Smith’s threat to kill Mrs. Smith fell within the threat exception, was lawfully recorded, and the secret voice mail recording was admissible at trial to prove the threat.

In Babcock, an undercover agent testified that at his first meeting with Babcock, Babcock said, “[H]e wanted to have a couple of people killed” and named the targets. RP at 57. The second meeting was the planning stage of the conspiracy. The Floyd wrote, “I found Harley T. Are you sure you want him done?” Babcock responded, “10-4,” which the agent understood as an affirmative response. The agent also wrote, “When I leave here, we have a deal. Harley’s f* * *ing dead.” Although Babcock did not agree to the deal that day, he later sent a letter confirming it. The court in Babcock, therefore, found that these conversations conveyed threats of bodily harm, which fell within the scope of the statutory exception under RCW 9.73.030(2)(b).

In Thrasher, the husband argued that he did not explicitly threaten to physically harm his wife Holly. Thrasher v. Thrasher, No. 81277-7-I (Wash. Ct. App. Apr. 19, 2021). But the court concluded that the exception is not limited to express threats of bodily harm. Citing to Babcock, the court held that the verb “convey,” in RCW 9.73.030(2)(b) meant “`to impart or communicate either directly by clear statement or indirectly by suggestion, implication, gesture, attitude, behavior, or appearance'”. Thus, by implying threats of bodily harm, the threat exception applied, and the recording was lawfully made.

In State v. Phillips, No. 41393-1-II (Wash. Ct. App. Dec. 18, 2012), Phillips sought to suppress a conversation recorded in jail with a body wire between him and Glen Jordan in which they planned how Jordan can help Phillips get someone outside to kill Hunt, a likely witness against Phillips. The court concluded that the recorded conversation conveyed a threat of bodily harm and other unlawful requests and, thus, required the consent of only one party.

What these cases show, is that a private conversation can be lawfully recorded and used as evidence in a case if it involves an express or implied threat of bodily harm.

4. What does this mean for me if I want to record my sexual harasser?


Practically speaking, in Washington, this means that if you secretly record someone conveying threats (either express or implied) of extortion, bodily harm, blackmail, or other threats, (which could include certain sexual harassment or sexual assault) it could be lawful for you to secretly record these threats, and you would potentially be able to use such recordings as evidence in a court case.

Courts have held that if a person has evidence demonstrating their reason to believe that the abuser has made threats, that such secret recording was allowed under the Privacy Law.

For example, in Thrasher, the husband argued that the Privacy Act threat exception did not apply because the wife initiated the conversation by calling him and began recording before any threatening comments were made.

The court found it important that the wife testified that she recorded the call because she was concerned about the husband’s “really off-the-wall, threatening text messages” and wanted to be prepared in case he threatened her again. Under these circumstances, the court concluded that it could not “conclude her recording was unlawful.”

Therefore, if you have tangible evidence of threats (Such as emails or text messages), and then you record the other party making threats, there is a chance that the recording will be found to be lawful and admissible in a court proceeding.

5. What if I record a specific, non-private or public conversation?

Another exception to the Privacy law’s two-party consent requirement is when the conversation being recorded is not private. For example, in State v. Clark, 129 Wash.2d 211, 226, 916 P.2d 384 (1996), a court concluded that a recording was lawful when the conversations that were recorded were on a public street, where strangers were publicly talking to each other.

To determine whether a conversation is private, Washington courts “consider the intent or reasonable expectations of the participants as manifested by the facts and circumstances of each case.” Id. “A person’s right to keep private his affairs including his conversation depends on whether he has a reasonable expectation of privacy at the time and under the circumstances involved.” State v. Bonilla, 23 Wash.App. 869, 598 P.2d 783, 785-86; see also Johnson v. Hawe, 388 F.3d 676, 682-83 (9th Cir. 2004) (holding that an individual who videotaped a police officer during an arrest did not violate RCW 9.73.030 because the officer had no reasonable expectation of privacy in his communications with others over his police radio).

Therefore, if a conversation is not “private” or the person being recorded does not have a “reasonable expectation of privacy”, their statements can potentially be recorded without fear of violating Washington’s Privacy Law.

6. Be careful, recording without the other person’s consent, absent an exception, is a crime and can lead to your prosecution or termination.


Be careful if you decide to secretly record conversations. It is a crime under the Privacy Law, absent one of the exceptions, and can lead to civil lawsuits or your termination from employment or worse.

For example, in a case for unemployment benefits, the claimant, Smith, was fired in part for recording everything around him while working for a public employer. Smith v. Employment Security Dept., 226 P.3d 263, 155 Wn. App. 24 (Div. II, 2010). The technology that Smith used recorded until the power ran out. Thus, while running, it recorded all of Smith’s conversations occurring in and around Smith, including those in elevators and restrooms.

By doing so, Smith “indiscriminately and surreptitiously” recorded conversations with co-workers, superiors, and members of the public without the other individual’s consent or knowledge. Smith made these recordings in his office, as well as inside county-owned vehicles, local businesses, and Kitsap County residents’ homes.

The court of appeals concluded that Smith’s recordings of co-workers and members of the public without their consent were illegal and disqualified him from receiving unemployment benefits because he engaged in “misconduct” under RCW 50.04.294.

Colin F. McHugh is an employment law attorney at Navigate Law Group in Vancouver, WA. Mr. McHugh has represented many clients in the sexual harassment context. If you are concerned about sexual harassment in the workplace or are interested in learning about ways to documents sexual harassment, contact us right away!